Geese Howard is the infamous villain of the Fatal Fury franchise. Born in South Town, he is the son of an impoverished American woman and an Austrian terrorist. Geese's father immediately abandoned him. Once he came of age, Geese worked many jobs to support his mother. Eventually, his mother's health started failing, and she would come to pass when Geese was 15. Enraged at the fact that his very wealthy father never aided them, Geese hunted him down. He found his fathers name, Rudolph Krauser von Stroheim, and would hunt him down in Austria to assassinate him. He was stopped, however, by his half brother Wolfgang Krauser. Humiliated by defeat, Geese quickly learned that power ruled over all. He took to training in martial arts, and started to study under a master named Tung Fu Rue. Tung Fu Rue trained Geese and two other students, Jeff Bogard (who would become Terry's adoptive father) and Cheng Sinzan. The three became known as The Three Brothers of Godly Battle.

Geese could never shake his obsession with power however. Tung Fu Rue knew this, and instead passed the secrets of his martial arts to Jeff Bogard. Enraged, Geese left the dojo, overthrew the local crime bosses, and became the mastermind behind organized crime in South Town. With more and more money flowing in, he started his own business, Howard Connections. He uses this money to fund his plots for revenge and also begin the first ever King of Fighters tournaments, which he used to find new recruits. Geese would eventually start his road to revenge by killing his old training partner and friend, Jeff Bogard, right in front of his two adoptive sons Terry and Andy. The two brothers would chase Geese for years, and eventually put an end to his life by tossing him off the roof of his tower... twice.

Geese is a ridiculously damaging rushdown character. Often ranked in the top tiers or just outside of it, Geese has the ability to rack up damage like nobody else can, and crush guard bars into dust. His infamous Deadly Rave gives him some of the highest damage potential in the game from almost any starter. Great normals for brawling allow Geese to control the close range and threaten massive damage. His neutral isn't entirely anything to scoff at either, with a useful fireball in Reppuken and a few solid normals. His various Atemi counters allow him to call out careless move usage for big damage and a mixup, and while he lacks any sort of reversal without meter, his level 3 Raging Storm is an incredible reversal when he has it. Even if you do end up landing a hit on him, he has one of the highest health values in the game, allowing him to take a few hits and keep going.

Geese can still struggle in some situations however. He's quite tall and somewhat slow, meaning he struggles to escape potent rushdown without calling it out with a mash or counter. His neutral isn't bad, but he lacks any solid ranged poke, and his best anti-air is 2HP which lacks any invinciblity or a knockdown. Geese often has to commit to an approach to maximize his potential, which can be very risky. Still, he has every tool required for this, especially in K-Groove where he truly excels.

Best - K: It can be hard to justify playing any Geese besides K-Geese. K-Geese has everything he could ever want and more. Just Defend gives Geese a solid and safe way to deal with mindless button pressing in neutral, and thanks to his very stable and damaging combo potential with Jaeiken and Deadly Rave, it often makes the opponent hurt a lot more than they would hurt you. Run and hop give him scary mixup potential that loops into itself as well. Rage makes Geese a true nightmare, giving him access to 80% damage combos and two-touch guard crush strings. If you can get in while Raged with Geese, the round may very well be over, as even without Rage getting Geese off of you is difficult. Lack of a roll basically means nothing, as Geese has no powerful roll cancels, and JD makes up for the lack of it anyway.

Useful - N/P/A: N-Geese is a bit of a lesser K-Geese. He maintains run and hop, with the added benefit of roll. While Geese doesn't need roll, it does give him access to RC Double Reppuken, which is a great reversal and anti-air. A big benefit of N-Geese is that he can utilize Max Mode as if it was a weaker on-command Rage. By waiting until a good moment to capitalize, N-Geese can guarantee having a Deadly Rave to make the punish hurt, while K-Geese can't. Still, Rage is much scarier overall, and without JD Geese struggles a lot more on defense and in neutral. P-Geese is an obviously useful pick, as parries live and die by how well you can punish, and Geese can punish very well. Parries work like a more potent JD as well, giving you all the same strengths but being even more likely to get you a punish. The downside is that you'll rarely have a Deadly Rave to make that punish do good damage, and you lose the crazy guard crush ability of Rage. A-Geese gets to use powerful Custom Combos, and he can utilize them fairly well. Roll and Alpha Counter are appreciated defensive tools as well. Geese's Custom Combo does great damage, but he doesn't utilize it as well as the other best A-Groove characters do, making him a bit of a weaker pick for A-Groove in comparison. Still, Geese is a great character, and excels in all of these Grooves. They just aren't K-Geese.

Worst - C/S: C-Geese gets very little that A-Geese doesn't get. While being able to sit on a level 3 for as long as you want is quite nice, Geese gets nothing from a level 2 since level 2 Raging Storm isn't fully startup invincible. If it was, C-Geese would likely be a lot better. He also doesn't abuse level 2 cancels very well, with level 2 Raging Storm into a level 1 Raging Storm being the only thing he really gets. C-Geese is still just looking for a cancel into Deadly Rave, which all of the other Grooves do a bit better. The one benefit C-Geese has is being able to sit on that Deadly Rave for a long time. S-Geese is not useful in any way really. Dodge is meaningless to him and his is fairly bad, level 1 Raging Storm isn't very good at all, and not having consistent access to level 3's cuts his damage in half. S-Geese gets the benefit of still being Geese, but that's all he really has. 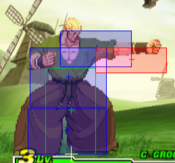 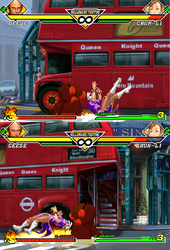 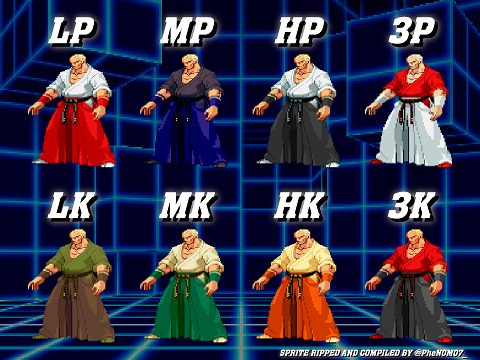