Vice is a servent of Orochi and a member of the Hakkeshu. She's usually seen side by side with her partner, Mature, though Mature doesn't make any appearance in CvS2. As a servant of Orochi, Vice takes orders directly from the Four Heavenly Kings, most notably Goenitz. Neither Vice nor Mature really liked Goenitz at all, but were dedicated to serving Orochi. Goenitz orders her to watch over Rugal Bernstein, who he thinks will be a good candidate to host Orochi when they summon it. Vice and Mature obey, and become Rugal's secretaries and personal assistants. Rugal is defeated at the end of KOF 95' however, which meant Vice and Mature needed a new job. That was to be getting Iori Yagami into KOF 96' and watching over him, as his Yagami bloodline tied him directly to Orochi. Through their tournament journey, Vice and Mature befriend Iori to some extent, and in the end decide to betray Goenitz after his defeat. They tried instead to summon Orochi directly through Iori. However, Goenitz was bitter, and with his last words, activated Iori's Riot of the Blood state. Iori wasn't able to control the surge of Orochi power through him, and murdered Vice and Mature before being defeated by Kyo Kusanagi.

Vice and Mature are dead, but Iori still sees them in his head as ghosts haunting him. They often make fun of him for his inability to kill Kyo Kusanagi like he wants to. When the King of Fighters XIII began, they were revealed to have resurrected into the mortal realm, and they don't seem to hold a grudge over being maimed to death, teaming with Iori once again.

When you hear a character called a grappler, you tend to envision a big, hulking, slow man with huge damage grabs. Vice is quite the opposite, fitting more into the nimble grappler archetype like Laura in SFV or Makoto in SFIII:3S. Vice has simple combos that give great knockdown, and two command grabs that also give great knockdowns, allowing her to loop strike/throw mixups over and over again. Her buttons and neutral presence are fairly solid too, with a few strong roll cancels and a long-reaching special with her 41236K Deicide. When Vice gets in close, she's probably the scariest grappler in the game, with her two command grabs 41236P Nail Bomb and 632146P Gorefest. Nail Bomb is the better of these as it is faster, but Gorefest has more range and damage for situations where that is preferred. Roll Cancel Nail Bomb is a dominant tool as well, as it will beat any buttons, invuln through reversals, and obviously grab them if they block.

Her strike mixup is no joke either, with a simple confirm from her 2LK using her 214P Mayhem special. This gives a solid knockdown and allows her to loop her okizeme both from strikes and throws, something the other big body grapplers can't do. Where Vice struggles is in neutral. As with any grappler, shes very prone to being zoned out, and she struggles a lot to deal with the ridiculous buttons and neutral presence of the top tiers. Her damage output is fairly low as well, forcing her to properly run her mixups multiple times to win a round where others can do one or two big damage combos and win. Her need for close range forces her to take more risks, but if she gets in, Vice can be a terrifying rushdown/grappler with great mixup potential.

Best - C/N/A: C-Vice is likely her best pick by a small margin. Her supers are useful enough, especially her 6321463214K Negative Gain command grab super. Having access to rolls is important for Vice as well. Airblock helps her approach more safely, and Alpha Counters give her an escape tool on defense. N-Vice is arguably tied with or right behind C-Vice. N-Vice gets much better movement and a hop, which adds high/low to her mixups. Her hop HP is oppressive as well, and very hard to contest. Run on a grappler is powerful, and consistent level 1 access means she can do Negative Gain more, though the level 1 version is low damage. A-Vice sacrifices super usage for a lot more damage utilizing Custom Combo. Vice has plenty of situations to confirm a CC from, and obviously CC on it's own is a great utility. She maintains a lot of what makes C-Vice good too, outside of airblock. A-Vice is great if you want more damage from your mixups. Despite not being able to land super in most her customs, the tiger knee air legs does very good damage.

Useful - K/P: It's hard to consider these Grooves, as roll cancels are so important for Vice. However, they do have upsides. K-Vice gets access to Rage and Just Defend, making her offense a lot scarier. Rage damage buff is great, and she gets to threaten a level 3 Negative Gain for scary damage. Just Defend will usually score her a punish thanks to Mayhem as well. P-Vice similarly gets great reward from a parry, and can start her vortex from one easily. Lack of any supers hurts, but since the only super Vice really cares about is Negative Gain, it's not the biggest loss. With both of these Grooves, mastering JD/Parry is key, as without roll Vice is left a lot weaker.

Worst - S: S-Vice has basically nothing going on until she's in Desperation. Until then, she rarely has a super, doesn't have roll, and has to charge to actively gain meter, which gives up possible aggressive space. In Desperation, she gets to use level 1 Negative Gain a lot for mixups. This sounds great, but level 1 Negative Gain just isn't that damaging. Plus, it sends her fullscreen, ending her turn. S-Vice has basically nothing going good for her.

!!!THIS PAGE IS STILL WIP. IF YOU NEED FRAME DATA NOW, REFER TO THE CVS2 BIBLE OR LOOK THROUGH EDIT HISTORY TO FIND THE LAST EDIT CONTAINING FRAME DATA IF THERE WAS ONE!!! 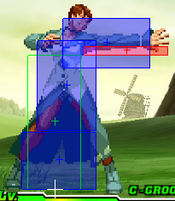 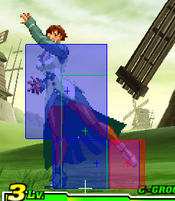 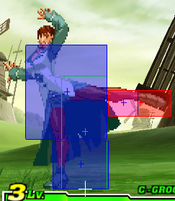 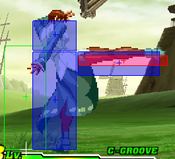 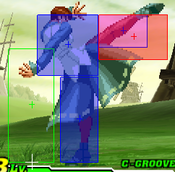 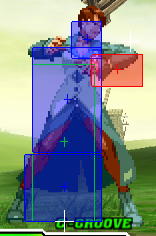 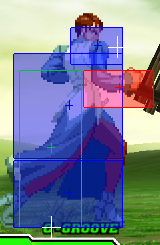 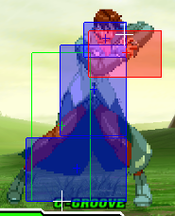 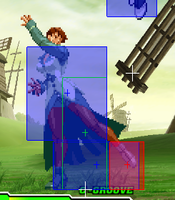 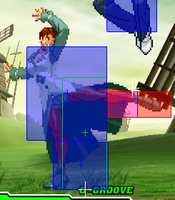 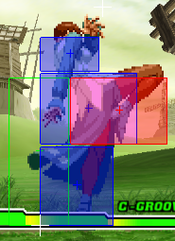 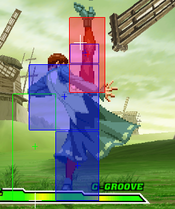 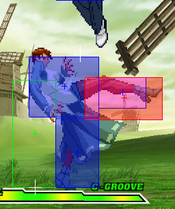 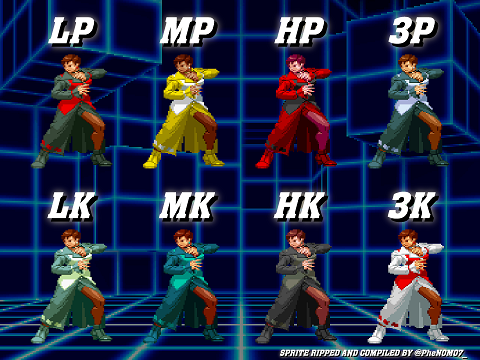