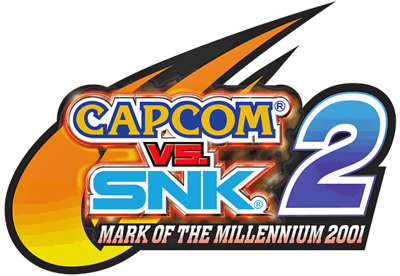 The CvS2 Discord community has started the process of finally updating and modernizing the CvS2 Wiki. Much of the information here was originally on the old SRK Wiki, which was haphazardly culled together. When the wiki was moved from SRK to Mizuumi, and finally here to Supercombo, additional information from various FAQs was added and initial an character page template was created. As of early 2022, work is finally beginning to bring that template to more character pages, as well as clean up and better organize other data pages.

To get a good idea of the level of baseline quality we would like to eventually have all the character pages at, see Hibki, Maki, and Iori.

Most of the links in the wiki navbox (see below) will have good info, albeit very cluttered and disorganized. Fixing these up is being done in parallel with the character pages.

For progress updates, or if you would like to help edit the wiki, visit the CvS2 Discord and inquire in the #cvs2-wiki-discussion channel.

Some basic information about the game is available on this page (but will eventually be dispersed into their own pages).

Released in 2001, Capcom vs SNK 2 ("CvS2") is the sequel to the first fighting collaboration between the SNK and Capcom franchises. The main features include 6 Grooves (fighting styles), 48 total characters, a refined ratio system, and traditional Street Fighter gameplay. Although CvS2 is a Capcom-developed game, it still retains elements from SNK's popular King of Fighters games, which features a wide selection of characters in a team-based format.

See CvS2 Game Versions for more information on which systems CvS2 is available on and the differences between versions.

CvS2 can be played online with GGPO rollback netplay. However, the only way to play online currently is through emulation. Fightcade is most popular but there are other options. See Emulation and Netplay for downloads, guides, and setup information.

BAS, one of the top players in Japan and the de facto ambassador for CvS2, compiled a character tier list in 2020. It is available to view on Twitter:

Each character is listed with the groove (or grooves) that they may be considered at their strongest and/or have the most potential using. This in no way claims that those characters must use those grooves to be in their listed tier, however. While some characters are definitely better in some grooves than others, it ultimately comes down to how many tools a character has available to them regardless of groove, which is how you should be viewing this tier list.

Ultimately, CvS2 has very few truly "low tier" characters, and history has shown that any one character in the game can compete in the right groove/team combination.

Information on grooves and a groove tier list is available on the Grooves page.

Roll cancelling is a bug that allows players to apply the invulnerability of a roll to a special move, thereby making the startup of the special move invulnerable. While this sounds game-breaking, because it affects all characters it works out to be a net positive for the game, giving weaker characters better wakeup, reversal, and pressure options.

To perform a roll cancel, you must be in a groove with rolls (C-Groove, A-Groove, or N-Groove). Begin the motion of a special move, but part way through, input a roll (LP+LK). If you finish the input of the special move within three frames, the roll animation will cancel and the input special move will come out instead, but still with the invulnerability frames of the roll.

More details on Roll Cancelling are available on this page, the page is still incomplete but can prove helpful nonetheless.