Eagle is a British Bojutsu fighter who works as a bouncer at a bar. He was one of the original enemies Ryu fought in Street Fighter 1, and was one of the most powerful of them. He was hired as a hitman to kill Sagat, thought he sadly failed. He returned home a living legend for his fighting however. Alpha 3 and its stories are questionably canon, but during the events of Alpha 3, Eagle started travelling to perfect his Bojutsu martial art style. He challenged anyone he thought was strong, most notably Guile, who Eagle beats. Guile shares that he's on a mission to stop Shadaloo and fight M. Bison, and also sharing that Sagat is there as well. Eagle follows, eager to fight his previous rival. Upon seeing Sagat, Eagle is disappointed that he's just become a lackey of Shadaloo. They fight, and Eagle wins. M. Bison is impressed, and fights Eagle himself, also being defeated by the Bojutsu master. They rescue Charlie and destroy the Psycho Driver, and Eagle thanks Guile for one last romp on the battlefield.

Eagle is mostly a poking character with solid anti-airs, simple combos, good roll cancels, and effective supers. He can be quite simple to play, relying mostly on using his sticks to beat out opponents buttons on the ground and comboing into his Oxford Red stick rush special. Hitconfirming into his supers is fairly easy as well, and he has a versatile combo ending super in Union Jack Platinum. While his best anti-air special requires a roll cancel to be effective, roll cancelling does make it VERY effective. Overall, Eagle is just a simple poking and hitconfirming character.

He does have his weaknesses however. His main meterless combo ender, while it does good damage, doesn't give any knockdown. His anti-air special also requires roll cancelling to make it effective, and RC Sticks is a powerful fireball punish, limiting his use in non-roll Grooves heavily. He lacks any sort of zoning tools outside of his normals, and his mixups aren't the best without run/hop Grooves. Not having a reliable reversal (his lariet trades or loses quite a bit) also hurts, since it means he has to commit to something like a super to wake up with something invincible. If you want a poking character with good and fun hitconfirms, Eagle is your guy.

Best - C/A: C-Eagle is a powerful defensive character that can hitconfirm into a level 2 Union Jack Platinum for great damage. While his Alpha Counter isn't the greatest, it's a useful defensive tool, and one that Eagle heavily appreciates. He can roll cancel Lariats for a more reliable anti-air, and his dash is very good, being not only very fast but can also hop over lows and ground fireballs. He also has great oki after a punch throw as he can dash over the opponent and meaty for a left-right mix and use instant overhead j.MK (one of the best IOHs in the game) for a surprisingly effective high low mix, essentially giving him a 4-way mix, albeit slightly reactable but still really strong. Overall, C-Eagle is a reliable and footsies-based Eagle playstyle, great for fundamentally sound players. A-Eagle is similar to C-Eagle, but sacrifices any threat of a hitconfirmed super in exchange for Custom Combos. Eagle's CC is fairly damaging and overall good, though usually not as scary as a level 2 or 3 Union Jack Platinum. What Eagle loses in damage he gains as versatility. Eagle is able to combo into CC off light confirms or 2MK or build meter post CC. Raw custom does big damage and he gains a true anti-air custom, comboing into CC off lights does roughly the same as a level 2 C-cancel. Both are really good picks for Eagle.

Useful - K/N/P: K-Eagle is the antithesis to the footsies based Eagle in C and A. He makes an immediate major sacrifice by losing RC Lariat and RC Sticks, but gains a few big things in return. Run and hop make his rushdown a lot scarier, and he can be surprisingly good at it too. Rage lets him hitconfirm into a level 3 Union Jack Platinum for great damage, and since he has great range, JD is a reliable defensive tool for him. K-Eagle is a more rushdown focused Eagle with a decent comeback factor. Although his mixup game isn't nearly as strong as in dash grooves, he still has access to things like IOH j.MK and a short hop to create a crossover hop. The reason why he cannot produce the same success as he can in C and A is merely because of his lack of roll and not having his incredible dash. N-Eagle is a bit of a mix between C-Eagle and K-Eagle. You get the mobility of K and the reliable supers and rolls of C, but you sacrifice a lot of potential damage (lvl.2 Union Jack and multiple lvl.3 Union Jacks), making him a bit less scary overall. N-Eagle is good for a more simple style. P-Eagle gets parries, which are alright for him as he has decent ranged punishes and damage. While it is rare, a parry from P-Eagle into 5MK > Level 3 Union Jack Platinum does massive damage and is very scary.

Worst - S: S-Eagle needs to use S-Groove's subsystems effectively in order to succeed. Due to how he spaces the opponent, he can charge meter efficiently, but the subsystems in place are not as strong as other grooves, which automatically makes S-Eagle not that strong compared to the other grooves he can be in. At low health, he can be very dangerous, but that also comes with trying to not die since you're at low health. Dodge is okay, but his dodge attacks carry risk from them. Overall, he requires a lot of game knowledge and great use of S-Groove's given mechanics to win, and that is easier said than done. 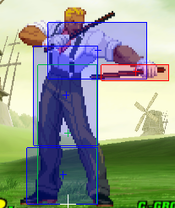 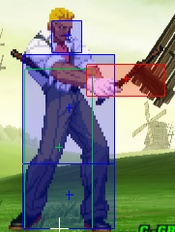 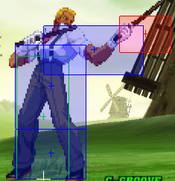 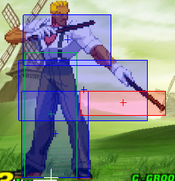 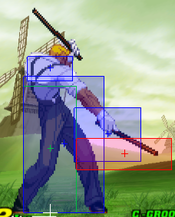 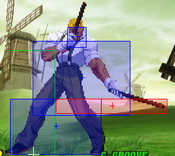 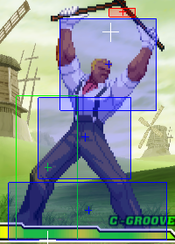 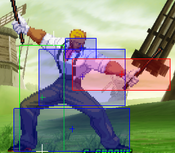 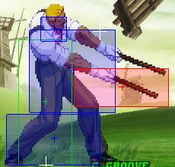 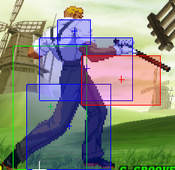 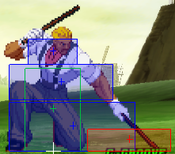 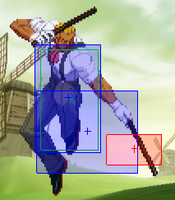 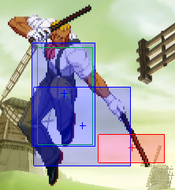 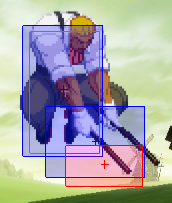 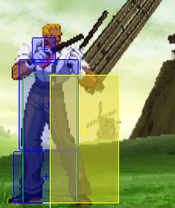 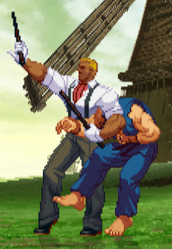 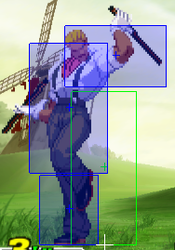 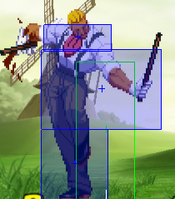 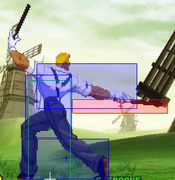 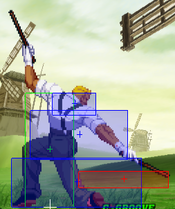 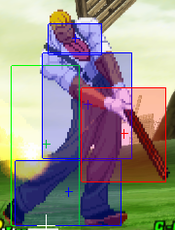 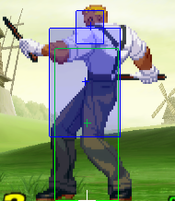 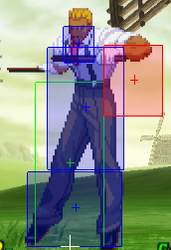 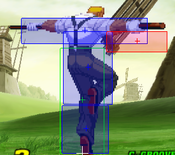 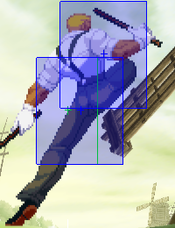 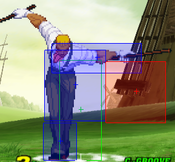 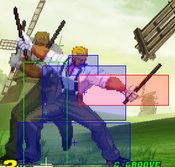 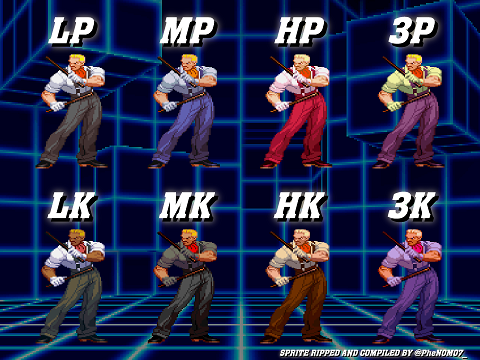