Here is a diagram of the controls in Street Fighter V. The directions have been labeled as if your character is on the left side facing right. If you switch positions and end up on the right facing left, Towards becomes Back, Offensive Crouch becomes Defensive Crouch, etc. The buttons remain the same.

Below are the standard layouts for PlayStation 4 pad as well as the MadCatz SFV TE2 joystick. The buttons can be re-assigned via in-game menus, however, to suit your own comfort with where the buttons are. 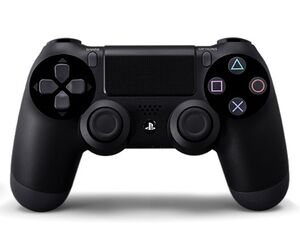 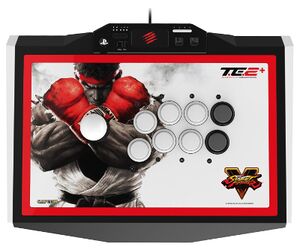 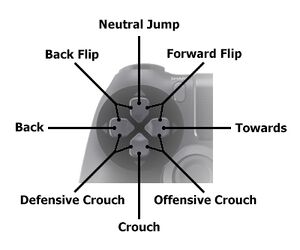 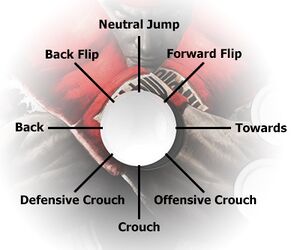 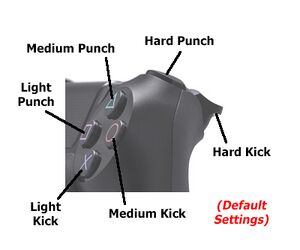 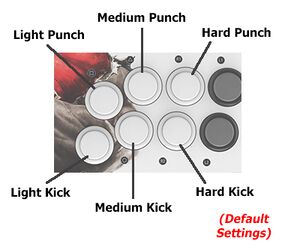 The buttons have other names they are often referred to. In the arcade days of Street Fighter, the buttons were often referred to by a "name" as opposed to their basic descriptions. So oftentimes, you will hear commentators or read articles or posts about the attacks using different names. Here are corresponding nicknames you will commonly see:

One thing to note is that Medium Kick used to be known as "Forward", which caused a lot of confusion when the direction on the controller was also called "Forward". This is why, for the most part, many people refer to the direction your character is facing as "Towards" instead of "Forward" to avoid that confusion.

Also, there are some motions for the joystick that will be referred to by the common nicknames used for them. Here's a listing of the ones that may be most commonly used in this guide:

Back, Down/Back, Down, Down/Towards, Towards

Rotate the joystick in a full circle in any direction

As with the buttons, these motions have very classic nicknames as well. Some of them are named after the way moves originally were performed in Street Fighter II: World Warrior. These same moves have had their motions changed, so the nicknames aren't even accurate anymore. However, many of the veteran players will still refer to the motions with the original nicknames, so again, it may help to be aware of the nicknames shown here:

Many Street Fighter fans are already aware of this, but the names of the three of the characters are actually switched around when you are looking at the game from the U.S. or the game from Japan. When Street Fighter II was first originally released, there were four boss characters: the boxer from the U.S., the Spaniard with the mask and claw, the Muay Thai kickboxer, and the evil dictator with the hat from Thailand. In America, we know these characters as Balrog, Vega, Sagat, and M. Bison.

However, in Japan, these characters were originally names M. Bison, Balrog, Sagat, and Vega in that order. So the boxer was M. Bison, the Spaniard was Balrog, and the dictator was Vega. Apparently, someone feared a lawsuit from Mike Tyson, since the boxer looked exactly like him and had such a similar name in M. Bison. So they swapped the names around... you know, it wasn't a big deal, right?

Who knew Street Fighter would have become the cultural phenomenon it did? As a result, this name mix-up has been plaguing the Street Fighter community for years and years. Some people don't know who you are referring to when you say, "Vega." Do you mean the guy with the claw? Or the dictator? To make things easier on people, nicknames started making their rounds throughout the Street Fighter culture, mostly started by NKI when discussing Super Street Fighter II Turbo. The three characters who had their names swapped were now referred to as Boxer, Claw, and Dictator as opposed to their names. This made sure you knew who anyone was talking about when they said "Vega" or "Balrog."

Some people have gotten very used to these nicknames. This is being brought up mostly because this guide will not use those nicknames. Instead, the U.S. names that we are familiar with will be used because most people who are just getting into Street Fighter, and a lot of Street Fighter IV players are relatively new to the scene, do not know about the name swap. So this is a warning to everyone: characters will be referred to by their American names throughout this FAQ. This includes Akuma, who is known as "Gouki" in Japan. So please just be aware of this. Thank you. 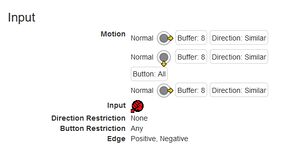 To view the exact input required for any move, use https://sfvsim.com/diff, find the move, and examine the motion. Exact means it must have that input, similar means any 3 directions sharing it will work (for forward up-forward, forward, and down-forward would work; for down down-back, down, down-forward would work, and so on)