Chaka (チャカ Chaka) is a minor antagonist featured in Stardust Crusaders. He is an Egyptian farmer who found Anubis (アヌビス神 Anubisu-shin) in a pile of rubble and got possessed, prompting him to go battle Polnareff.

Chaka is a Weapon Stand character, focused on close range combat. While very limited with his Stand Off moveset, excluding his mobility and the longest jump in the game, stand On his movelist changes drastically, featuring a high variety of solid normals, strong special attacks, including the signature Learning Counter which every Anubis character has, alongside a 3-part rekka style special, his mobility is just slightly worse, but still solid enough.

Overall, Chaka is a very well rounded character and one of the more honest fighters in the game. He's fairly simple to use and easy to learn, but his playstyle relies heavily on good neutral and his combos require fast input. His custom combo, while very stylish, sadly doesn't have the most reliable damage output, as it requires catching opponents in Stand On for it to truly shine, and his meter gain can leave a lot to be desired. That said, he's very fun to use and his attacks are quite badass. 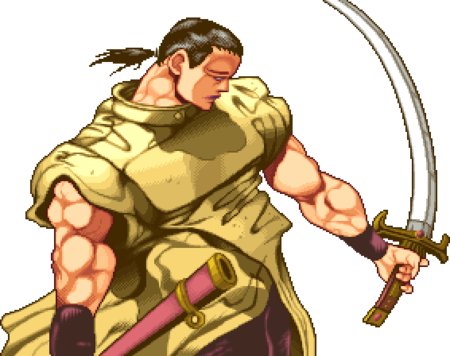