Iggy (イギー Igī) also known as Iggi, is a core ally who appears in the second half of Stardust Crusaders. An urban mutt from the streets of New York, Iggy begrudgingly aids the protagonists on their final expedition to Cairo. Iggy commands The Fool, a really bizarre looking Stand made of sand that can partially change its shape, allowing it to even mimic humans.

In Jojo's Bizarre Adventure: Heritage For The Future, Iggy is a very odd character, using charge style special attacks and featuring different gimmicks depending on whether his Stand is On or Off.

In Stand Off, he's the shortest character in the game which gives him a lot of advantages, but also limits his movelist, most notably making his simple attacks really hard to connect due to short range. In return, once Iggy manages to knock down the opponent, his moveset contains an easy to time meaty low attack, a decent overhead and a fantastic grab, giving him some good reset options.

In Stand On, Iggy's hitbox becomes larger and wider, which comes with many disadvantages, but Iggy himself gains some new mobility options, exclusive only to his character. Instead of a double jump, Iggy can glide in the air while protecting himself with sand balls. He also gains the ability to perform a simple airdash. His normals also become much better when it comes to range.

Overall, Iggy is a very versatile character, but none of his modes truly give him a massive advantage, meaning that you'll be switching your playstyle a lot while using him. 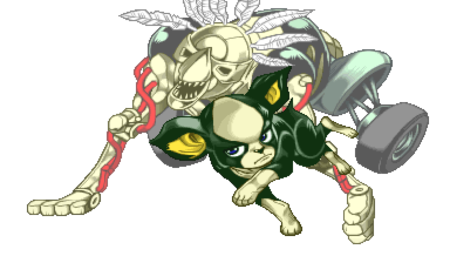