A solid middle-tier character with great normals but slow specials. Most people pick him for his MP throw -> Super, and his chipping ability. But he's actually quite adept rushing down, and good at zoning due to his normals. He fights Sentinel rather well, due to Sent's large size and the space Iceman is capable of controlling.

Dashing -- Iceman retains a lot of momentum from his ground dashes, sliding forward or backward for quite a ways, unless the dash is cancelled with back.
Dashes ending with standing normals will cease moving forward once the normal has ended, chaining will extend the dash slide.
If you crouch after a dash has begun, you will retain a lot of forward momentum. The way to avoid this (if need be) is to cancel the dash with back, then crouch.

s.lp: Basic jab, fast and combined with his quick dash could be a dashing jab infinite. 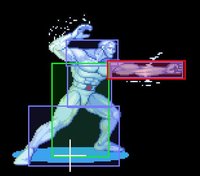 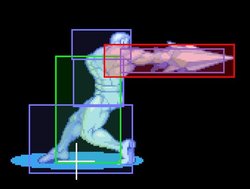 s.hp: When this hits as a juggle, it'll knock them up and away. You can get some interesting corner juggles on heavy characters by cancelling whiff c.LK with this. 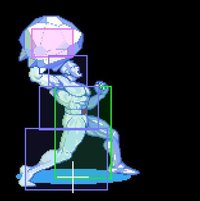 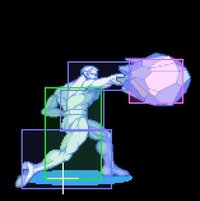 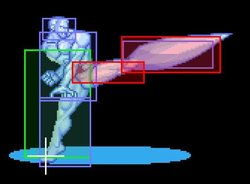 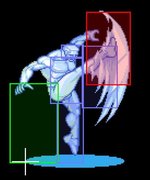 s.hk: Has some startup, but good for controlling space. 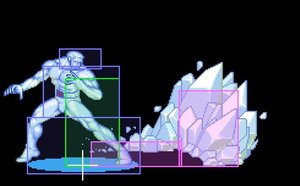 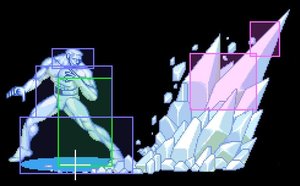 c.lp: Basic jab, fast and combined with his quick dash could be a dashing jab infinite. 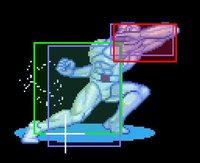 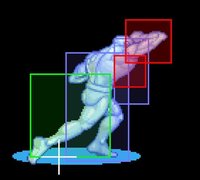 c.hp: Counts as a sweep but if it hits an airborne opponent, it will juggle them. 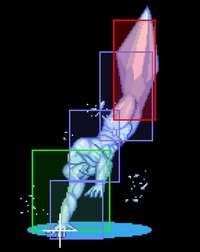 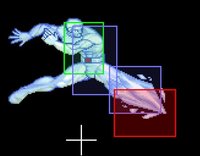 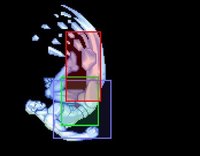 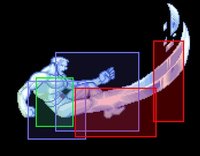 down + hp in the air drops a projectile normal that does alot of stun, and if it hits as part of a juggle, the opponent will be held, then start flying up+back. Note that Iceman is in a state where he can't block unless he cancels this into HK then recovers, or cancels to any special 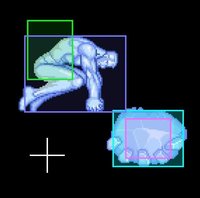 Throws: -MP throw is the "freeze" throw. If this isn't teched at the beginning or end of the "grab" animation, it seems it can't be safe-falled. Doesn't apply to his counter-throw/air throw.

- After an air throw, Iceman can't do anything. But after a tech throw in the air, Iceman can attack on the way down

Icebeam: D,DF,F+P (ground, air; beam type)
LP - Down angle
MP - Straight
HP - Up angle
Easy to combo but long recovery. You can mash to make the beam last longer, but it will only ever do up to 6 hits. Even if it combos, if you are close, they may recover before you do.

Ice Avalanche: Same Strength P+K(ground, air)
LP+LK - Falls towards you.
MP+MK - Falls straight down.
HP+HK - Falls away from you.
All start out a slight ways (3 character widths?) in front of him. Lots of dizzy power, will combo off of stand/crouch HK on many characters. Another very slow move with long recovery.

Ice Fist: D,DB,B+3P (ground only)
Powers up punches (range, stun, some multi-hit and juggle). You don't gain meter from punches as long as it's active. Only lasts for about 3 attacks.

Arctic Attack: D,DF,F+3P (ground, air)
Easily comboed into as a juggle, and most famously off an MP throw. Mash for more hits, and hold up while mashing at the end for a longer juggle window.

Iceman can make it difficult to approach by utilizing j.down+HP (normal jump or superjump), backdash s.HK (GREAT hitbox), and smartly using Ice Avalanche (Big Ball) and Icebeam to keep people away. His specials are slow and have a ton of recovery, so spacing is key to using those moves effectively.

MP Throw, s.HP, s.HK, Hard Ice Avalanche will combo on and dizzy most of the cast. Won't work on Superheavies, the s.HK won't keep them in hitstun long enough.

When playing as or fighting against Iceman, note that he doesn't take block damage or get pushed back from certain special attacks and supers. Generally it's "energy" based attacks, but there seem to be exceptions. Characters with chip normals will all cause chip as well.

Does NOT Take Chip From

Normal jump infinite:
[jump toward j.d + HP, j.d + HK] x N
Very difficult on Wolverine, Psylocke and Colossus, may have to create some distance before jumping in on some characters.

There is a slight pause between HP and c.HK at the start.You can do a full chain from lp to d+hp on sentinel on the way down if you want and can combo a super after falling d +HP if you are quick enough. Will work on Colossus as well but there's less of him to hit so after the launcher: [sj.LK, sj d+HP, sj.d+HK (wiff) falling sj.d+HP] is more stable. Harder in the right corner since you can end up behind the opponent in the air.

When you land you can re super jump with the sj.LK, d.HP chain or you can use MK then super jump. The sj.LK can be omitted sometimes during relaunch.

You can do 2 sj.LPs on the way down if you want. The first sj.d+HP after the launcher must be immediate. Hold forward after the wiffed sj. HK. Probably can work on Omega Red as well. Somewhat difficult.