Play as Akuma, Player 2
Place cursor on Storm, then hold it there for three seconds. Then, put your cursor on these characters in the following order: Cyclops, Colossus, Iceman, Sentinel, Omega Red, Wolverine, Psylocke, Silver Samurai, and Spiral. (The button movements for this sequence are in the following order: Right, Down, Left, Left, Left, Down, Right, Right) When you stop on Spiral, press Light Kick, Hard Kick and Hard Punch simultaneously. If this is done correctly, the announcer will say "Spiral", but Akuma will drop down to take his place as your character.

Some theories about the timing:
It does not have to be 3 seconds exactly (can be more?), but the time you wait on the first and last characters must be exactly the same.

From RJoseph's faq on gamefaqs:

1) Count steadily "1...2...3...4"
2) Count steadily "thousand-one, thousand-two, thousand"
3) For those of you who need a more graphic method, try timing your pause by looking at the character itself. Count the number of times he/she goes through the animation. The counts are:
Three floats for Storm
Eight bounces for Spiral
About two and 3/4 motions for the Silver Samurai
Note: You only get one chance. If you start counting on the first character, move off then go back to them, or screw up the order and try to restart the sequence, you won't get Akuma.

Akuma's dashes have a startup delay of a few(6?) frames. 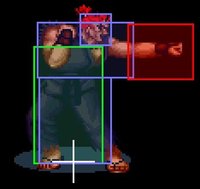 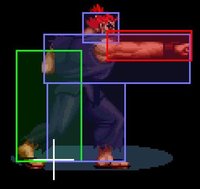 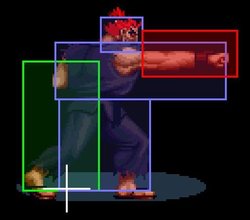 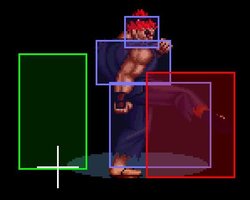 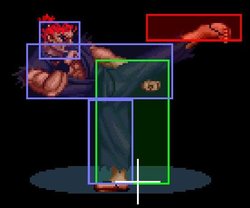 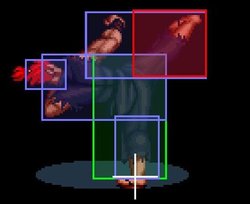 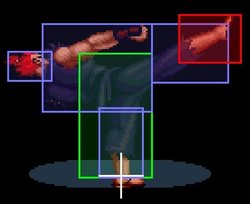 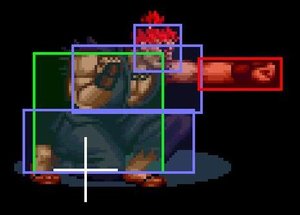 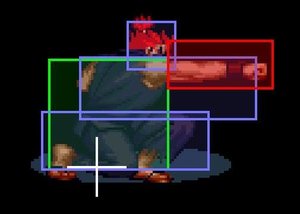 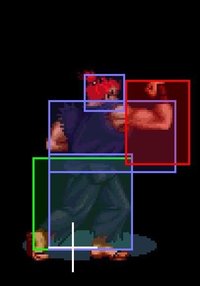 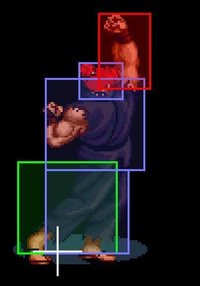 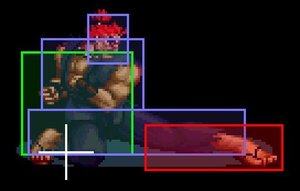 c.HK: A low hitting sweep but isn't your typical "ground sweep" state. You can cancel it to s.HP or a DP to juggle. c.HK (hit), [s.HP, c.HK (whiff and cancel very quickly)] repeat is a useful corner juggle string. 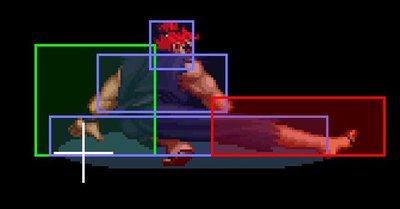 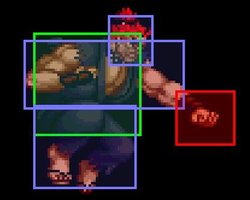 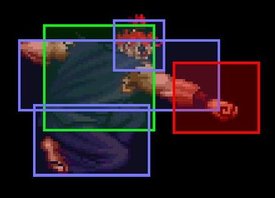 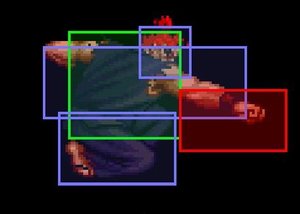 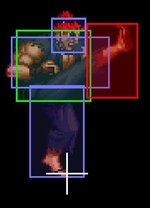 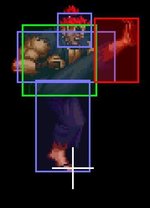 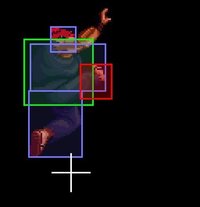 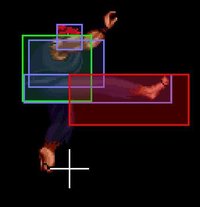 Throws:
MP Throw
HP Throw
MK Throw (knee bash) -
Normally, character will recover instantly in the air from this. Midscreen, if you hold forward, they'll flip away. If you threw with Back + MK, they'll land near you. Heavier characters land fast and have little time to get anything out, leaving them vulnerable to another throw. They can, however, try to throw you first or jump out.

Tech Hit (both): Akuma is invincible on the flip out and gains regains action with superjump rules (full chain) without any seeming vulnerability period.

(quick list)
Fireball - D,DF,F + P (the stronger the punch the faster the speed)
A standard Shoto fireball on the ground, in the air it's his double fireball from Super Turbo.
If Akuma is close enough for his hands to hit, opponent is set on fire and knocked up+back (on ground only).
The air fireball has a glitch where it's unblockable if his hands touch you, unless you were already in blockstun.

Alternate Fireball - B,DB,D,DF,F + P (the stronger the punch the faster the speed)
Longer startup, more damage. Ground only. If Akuma is close enough for his hands to hit, opponent is set on fire and knocked up+back.

Dragon Punch - F,D,DF, + P (stronger the punch, the higher you go, HP sets them on fire)
A standard Shoto dragon punch.
If you input Up+Forward + Punch, you'll do a "super jump" dragon punch. With the HP version, you'll go to the top of the screen, but the opponent is not juggled any higher than usual. SJDP uses are limited.

Dive Kick - D,DF,F + K (air only)
You dive down and do 3 quick hits, then bounce off. Uses seem limited. Akuma bounces back even if it misses and hits the ground.

Counter Dragon Punch - D,DB,B + P (ground only)
Akuma sticks his hand out, catches many high attacks and dragon punches them. It grabs based on a vertical range, not whether a move is blocked high or low. (eg, some low jabs won't get caught)
It does NOT grab normal moves that are considered projectiles, thus all of Storm's normals except for jumping HK won't be grabbed, nor will Iceman's s.HP, s.HK or j.LP. It can also grab some invincible moves, provided they hit within the grab range, and it seems the throwable box needs to be active.
This move's utility seems matchup and opponent dependent, particularly based on what buttons they like to push.

Dragon Punch Super - F,D,DF,F,D,DF + P
A multi-hit, double rising dragon punch wave with alot of invincibility on the way up. Since it starts instantly, it makes a great guard-cancel.

Fireball Super - D,DF,F,D,DF,F + P
A bit of startup delay, then a multi-hitting fireball that ends with flyaway knockdown. Easy to follow up after in the corner.
This appears to cause guard-break if landed on at certain points.

- Akuma does not have a floor OTG animation/state. He'll simply stand up in a regular dizzy

- The shift from zig zag 2 to 1 when crouching then standing gives Akuma the ability to "stand cancel" his crouching light attacks.

- Akuma has the longest OTG time when thrown, but as he "bounces" up, lower hits may miss him

Stand canceling c.lk leads to a walking infinite that works on hit or block.

Version 2.X Differences:
Most of Akuma's throws have a better "bounce" to them, giving him more time to follow up.

How to play against Gouki (Akuma)
This is for people who want an extra challenge. In the order to face Akuma as the alpha boss, your character must have these requirements:

1) Must be on Manual.
2) Fight with no continues.
3) Defeat your opponents two rounds in a row (don't lose a round), having first attack on each round.
4) Must use Hyper-X 6 times or more and it must CONNECT to the opponent each time. No missed or blocked Hyper-X nor blocked or cheesy 1-hit super-finish will be accepted. You must get a MAXIMUM number of combos hits from your character's Hyper-X at least once.

If done correctly, Akuma will appear as the sixth opponent, before Juggernaut. His stage is the Danger Room and he fights like he does in SUPER STREET FIGHTER 2 TURBO. GOOD LUCK!