5 o' clock, get a call to go blading at the skate park down by the mall! But my mom says I got to prevent hostile aliens from annihilating us all!

Ninth in line of the "XJ" series created by Nora Wakeman, XJ-9 (AKA "Jenny") is an android designed for defending the Earth from all manner of threats, terrestrial or otherwise. Not only is she built to resemble a teenage girl, she thinks, feels, and lives like one and contends with trying to live the life of a normal teen while also keeping Earth safe. Still, with the strength of a million and seventy men, she's more than up to the task! If only she could go for a walk without rusting in the rain...

Jenny is a highly versatile all-rounder who can both zone effectively while also playing as a vicious rushdown character. She has arguably the best recovery in the game that can allow her to go deep off stage and still make it back, and it's impressive maneuverability allows her to recover both low and high and mix up her landing. Her jab combo can loop back into itself and rack up damage quick on anyone who lets Jenny get too close to them, especially on bigger fighters like Reptar. Her missile can be guided in any direction to poke from a distance and fumble recovery attempts, and anyone who dares to try and recover low against her will have to contend with two meaty mallets that can be mashed at ledge and be devastating for characters who's recovery pops them over the ledge like CatDog or Ren and Stimpy.

If you want to smother your opponent and not give them the chance to fight back, then upgrade your game with XJ-9! 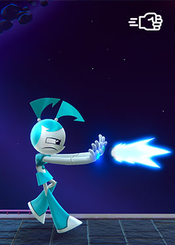 If you're struck by this, it's already too late for you 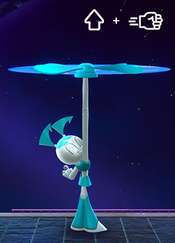 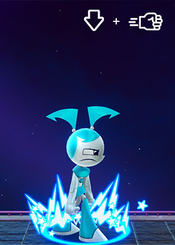 When you go to a tournament just to get 0-2'd 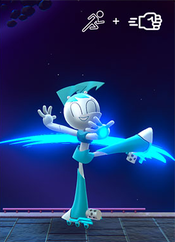 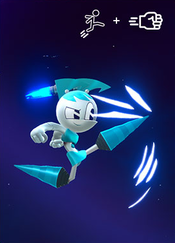 There's a name for this type of kick, but we can't say it in an E-rated game
Placeholder 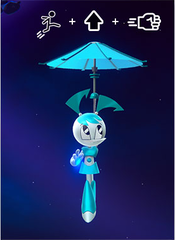 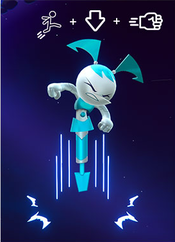 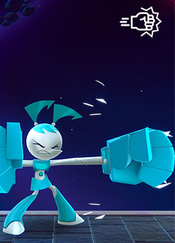 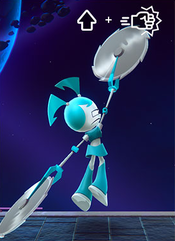 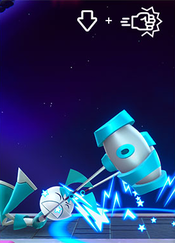 POV: You tried to grab the ledge 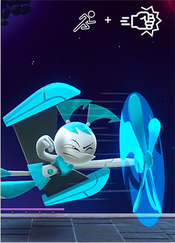 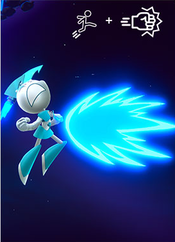 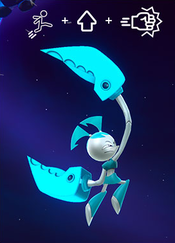 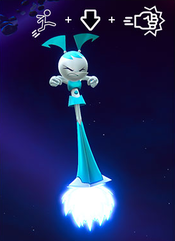 An all expenses paid trip to the blast zone
Placeholder 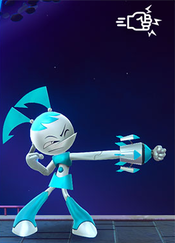 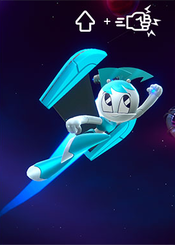 I can recover for free!
Placeholder 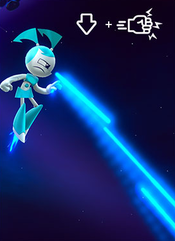 Learned this from a guy from Krypton! 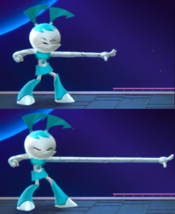 You think you're out of her range? cute 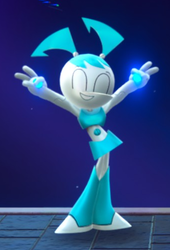 The most adorable killing machine ever created! 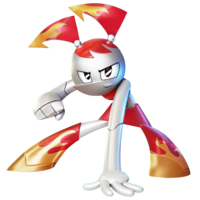