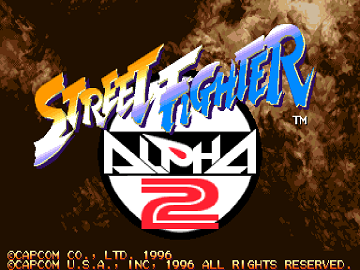 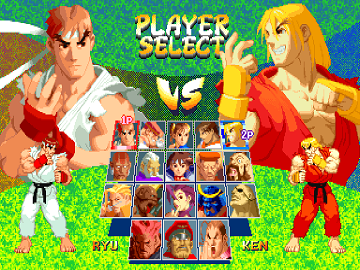 The game featured a number of improvements over the original, such as new endings, stages, sound, animations, moves and gameplay systems. Some character's endings were retconned from the original, overwriting their prior story (i.e. Akuma's), or were otherwise tweaked.

Street Fighter Alpha 2 also features an alternate version of Chun-Li in her Street Fighter II outfit as a hidden character, as well as Shin Akuma, a more powerful version of Akuma who appears as a secret computer-controlled opponent in the single-player mode. The North American version of the arcade game also features three additional hidden characters who were not in the Japanese version: Evil Ryu, an alternate version of Ryu who uses the same power as Akuma; as well as extra versions of Zangief and Dhalsim who play like their counterparts from Street Fighter II: Champion Edition, including the omission of gameplay features such as super moves and air blocking.

To do: Matchups and better resolution for certain hitboxes.