The 4th Installment of the series,its one of the best games due to the novelty about choose two types of power gauges,the Advanced that is KOF96 style with Evasion and Run but with power stocks for Super Moves,and the Extra that is the KOF95 style about Charge Bar and dashes.

And features a "Boss Team" along with fastest versions of Iori and Leona as first bosses.

Its one of the most "canonical competetive"* ones and specially in China. 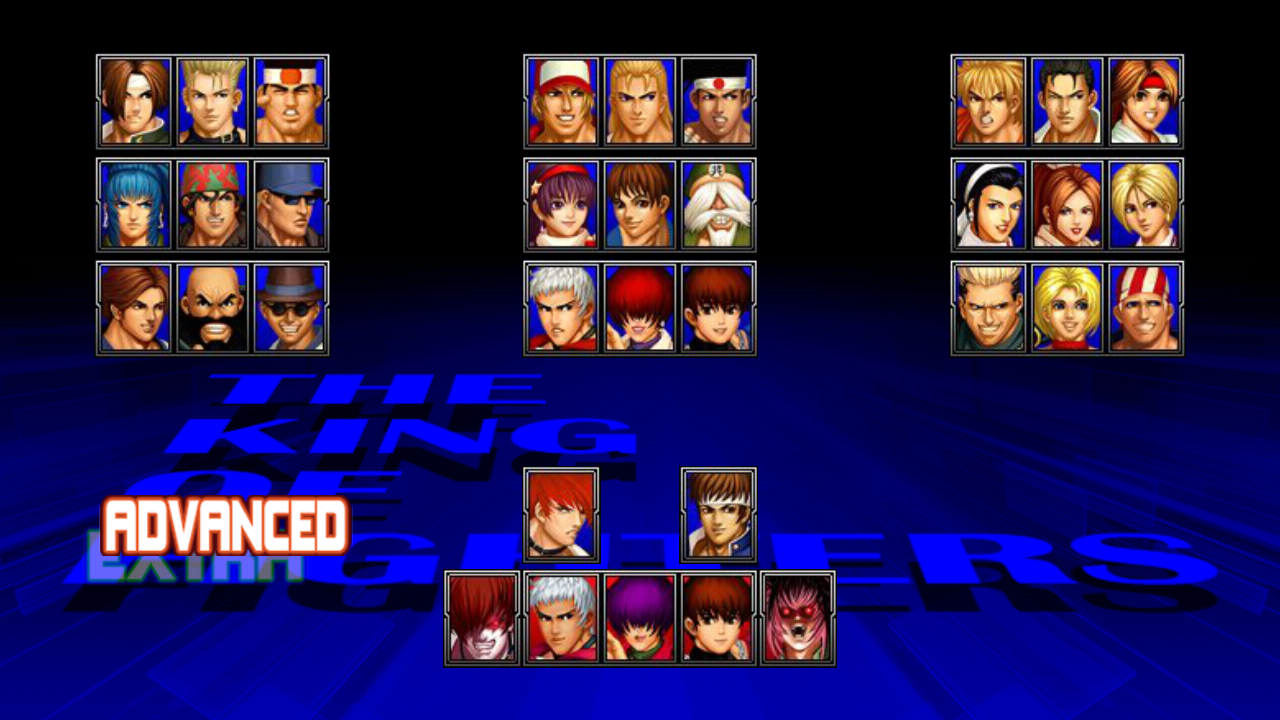