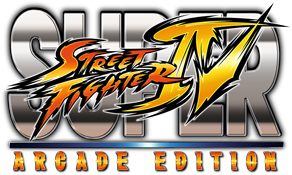 In 2012 Capcom released a patch for AE that includes additional character changes. The information below includes the 2012 changes.

In 2014, Ultra Street Fighter IV was released for PS3, Xbox 360, and PC. It includes 6 new stages, 5 new characters and various balance changes and new features. The information for USF4 is on its respective page.

Throughout the guide, there will be a lot of jargon thrown around, and unless you know what these terms are referring to, it might be difficult to understand some of the more complex lingo and slang used. So before we begin, please take some time to look over these next few sections to familiarize yourself with some of these terms, so the rest of the guide will make more sense.

Universal Abilities are the abilities that are shared by all characters in Super Street Fighter IV. These include your most basic of abilities, such as Walking, Blocking, Crouching, Jumping, Buffering, Taunting, and Throwing.

Super Street Fighter IV contains many rules and systems that drive the gameplay. This section talks about the hows and whys of those systems, as well as covering some really obscure rules that you may not be aware of.