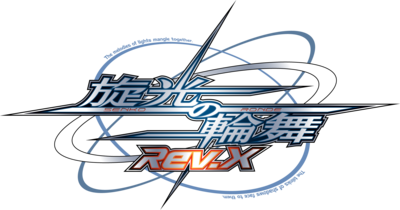 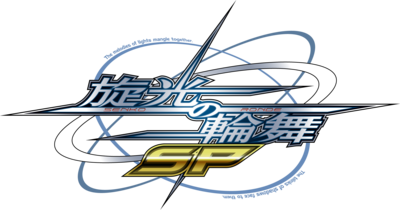 Senkō no Ronde Rev. X (旋光の輪舞 Rev. X, known as "WarTech Senko no Ronde" overseas) is an Xbox 360 video game, a port of the arcade fighter/shooter hybrid developed by G.Rev for the Sega Naomi board. Three revisions have been released in the arcades. A home port was released in Japan on July 27, 2006 for the Xbox 360 with enhanced graphics, a more concise story for each character, and network play. The American and European localizations were released on May 29, 2007 and June 8, 2007, respectively for the Xbox 360 from Ubisoft. On May 20, 2010, a sequel entitled Senko no Ronde: Dis-United Order was released for the Xbox 360 exclusively in Japan, which has many new features, a larger cast and more extensive story mode.

Two players fight each other from top-down and isometric perspectives using giant robots called Rounders. The game can be described as a fighter/shmup mashup, with elements of 2D fighters mixed with modern top-down shooters. It is very similar to Psychic Force, a unique, heavily projectile-based fighting game developed at Taito while G.rev's founders worked there. Unlike Psychic Force, however, it offers even more elaborate firing patterns that conjure a danmaku shooter aesthetic. This is further reinforced by "B.O.S.S. Mode," a super attack that allows players to transform into screen-filling boss ships that can fill the screen with bullets. It may also be likened to "a 2D version of Virtual On" mixed with shmup boss encounters and modern danmaku patterns. Due to its close ties with Virtual On's mechanics, several of its strategies can also be applied to this game as well.

Three major revisions on the arcade exist, the first being called "Old ver.", this was the first version and is not very well documented since it was quickly updated to the "New" version, both of these versions are 3 buttons only (Being "Main (M)", "Sub (S)" and "Action (A)").

The game was then released on the Xbox 360 as "Rev.X" ("WarTech" overseas), it's based upon the "New" version, but it added the "Barrage (C)" macro, alongside the "OverDrive (OD)" button.

The last major revision on arcade was released as "Senko no Ronde SP", which added the extra features on the 360 and an overall major haul to rebalance the entire cast (These balance changes were applied in the latest patch for the 360 port), both versions are technically identical minus the graphical differences.

Due to a past catastrophe on Earth, humanity was forced to live amongst the stars for several centuries, resulting in the creation of the S.D. calendar and the birth of the Aria Federation, an empire whose influence extends from Earth to Saturn. In S.D. 1478, an embassy located within the empire's capital on Earth's moon was seized by terrorists, and forces deployed by Aria's Special Space Service ended in disaster as the terrorists triggered a self-detonation device, killing themselves and several civilians in the process.

The actual game begins six years after this event, with the player assuming the role of one of eight characters who will become involved in a mastermind's scheme to take control of the Aria Federation's superweapon and use it for his own purposes.