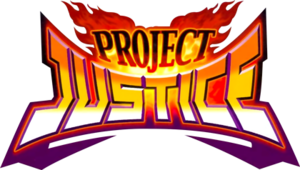 Project Justice is a 2.5D fighting game developed by Capcom for the Sega Naomi and Dreamcast, and was first released in arcades in the year 2000. The successor and sequel of the series' first arcade iteration, Rival Schools: United by Fate. While Project Justice is titled as "Project Justice: Rival Schools 2" in some regions, it is technically the 3rd major game in the series, as the original Rival Schools received a substantial (more side-story focused) console-only sequel exclusively for Japan in the form of Shiritsu Justice Gakuen: Nekketsu Seisyun Nikki 2 (Justice Academy: Hot-Blooded Diaries of Youth 2) for the Sony Playstation. Project Justice is currently the final title in the Rival Schools series and has yet to receive any form of official home rerelease since its initial launch on the Sega Dreamcast.

The Rival Schools series features a team-based system where each player is required to select multiple characters to begin a match, but is only ever required to use one throughout any of its rounds. The original Rival Schools had teams of two, and Project Justice increased the count to a required three characters per team; similar to the gameplay changes made for Marvel vs Capcom 2 around the same time. Either player can swap characters between rounds regardless of winning or losing the previous round, though they can also instead opt to play all rounds with a single character if they so choose. The other two characters can perform various assist supers in the form of team-up attacks ("Two-Platon" in JP). Some Team-Ups will deal damage, while others can restore health, or refill the players' Guts Meter. New to Project Justice are Party-Up attacks ("Three-Platon" in JP), which will call both additional characters into the field to perform a far more powerful combination super at the cost of all 5 bars of the players' Guts Meter. The final major mechanic of the Rival Schools series is the Tardy Counter (Guts Counter in JP), which functions as an in-between fusion of Street Fighter Alpha 2's Alpha Counters and Street Fighter 3: Third Strike's Parries. By simply blocking any attack and pressing either any Heavy Attack command or inputting any Special or Super, the player will perform a type of Guard Cancel and immediately shift into attacking with whatever was input to activate the Tardy-Cancel at the cost of potentially taking extra damage should they get hit before the Tardy Canceled move connects.

One year has passed since the events of Rival Schools: United by Fate, and things have gone back to normal in Aoharu City. Batsu Ichimonji, Hinata Wakaba, Kyosuke Kagami, and the rest of the various students had resumed their normal school lives. However, the fighters would soon find themselves getting involved in a new struggle.

Kurow Kirishima: a cold-hearted and ruthless ninja assassin from a mysterious group known only as the "Reverse Society" has his sight set on the Imawano family and plans to eliminate them and their allies so that he can prepare for the advancement of his own ambition to rule Japan. To this end, he attacks Raizo Imawano: the principal of Justice High and father to Batsu, so that he can easily put him out of commission and not have any interference. Secondly, he sends both his older sister Yurika Kirishima and his loyal subordinate Momo Karuizawa into the ranks of the fighters so that the two of them can cause tension and distrust between the fighters at each school. His third plot involves brainwashing Gedo gang leader Daigo Kazama so that he can order him into forcing his gang to attack various schools to cause even more tension to occur. Lastly, Kurow himself plans to destroy Batsu's reputation by disguising himself as Batsu's doppelganger (named Vatsu) so that he can attack the fighters from each school- framing Batsu for each assault in the process.

Batsu and his friends must fight back against the evil plot of Kurow and attempt to not let their friendship get destroyed by the conspiracy of a deadly ninja assassin.