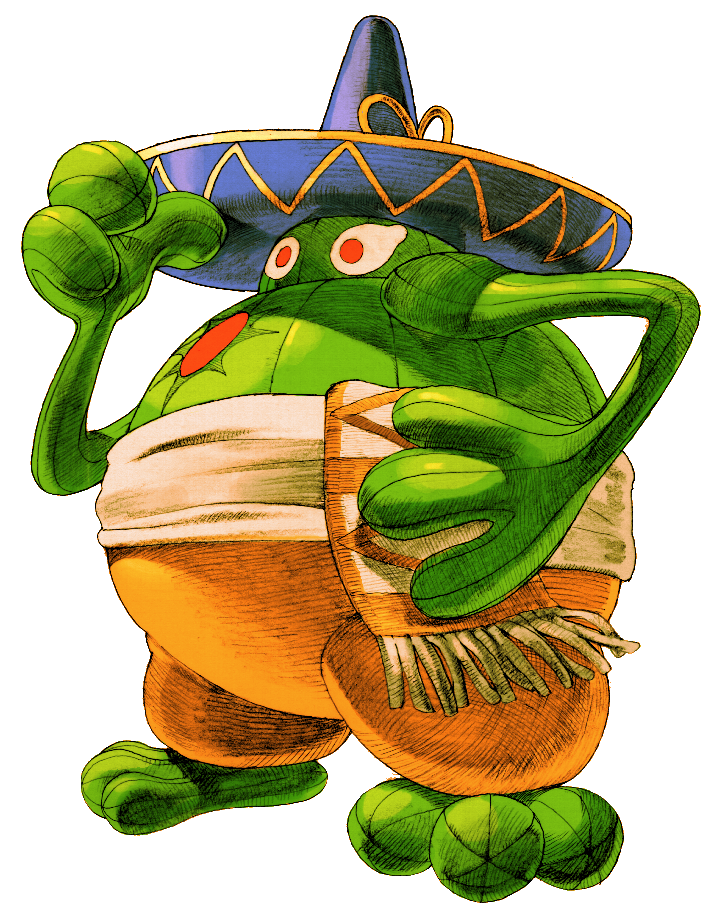 Amingo is a character created uniquely for Marvel vs Capcom 2, there's no real backstory here.

Amingo is a member of a race known as the Man-Plants (人植物, hito-shokubutsu?), characterized by their cheerful and gentle personality.

Amingo is a big-bellied cactus man wearing Mexican clothes and carrying a guitar with him. Although sentient, he appears to speak exclusively by repeating his own name.

When a cursed wind started killing off all plant life on land, Amingo decided to venture on a journey to find its cause. He'd later discover the awakening of the ancient Armor of Erosion is the origin of this wind. During the ending's ride back home on Ruby Heart's ship, he can be seen onboard offering a flower to either Shuma-Gorath (Arcade version) or Rogue (home consoles version).

In Ultimate Marvel vs. Capcom 3, Amingo (mispelled "Amingos") makes a cameo in the Days of Future Past stage, featured in a giant wanted poster in the background, with a "Slain" bar over his mugshot.

He may be searching for the 'destructive wind sweeping across the land' that's destroying plant life, since that's part of the game's "plot".

Amingo is generally considered bottom tier, but he still has some great moves in his kit. His overall slow pace and awkward playstyle pales in comparison to the rest of the cast. 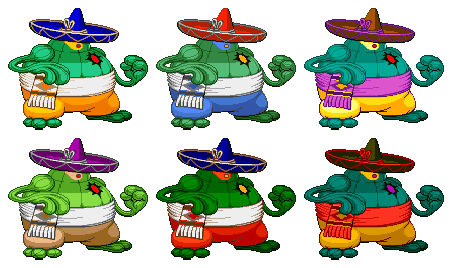 Get used to seeing this attack

Ken's kick, but not as good 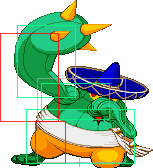 Here it is! the other half of your kit

Probably Amingo's single most used special move in the game, due to his bread-and-butter combos using it to end combos. This can be done with either

, which is faster or

, which has more range and deals more damage but is much slower.
Cactus Bounce (Midori no Kanki)

12
summons a small minion that travels slowly forward and smashes down on contact with an opponent.
you can cross the opponent up and the minion won't change direction, allowing for crossup mixups.
Child of the Earth (kick: Daichi no Kodomo)

12
Nearly identical to the previous version but does a kick instead
they deal the same damage and appear to have the same speed so this will be updated if we find differences
Child of the Earth (grab: Daicho No Kodomo)

summons a small minion that travels slowly forward and grabs opponents on contact.
this move is unblockable, but the minion can be destroyed easily
you can cross the opponent up and the minion won't change direction, allowing for crossup mixups.
you can use this to extend combos but the window the grab gives you is very very small

You can have two cactus Children on-screen at any time.
They can only go one screen length before becoming dizzy and passing out.
They can be destroyed with any move by your opponent.
The grabbing Child is unblockable.

4 x 7 + 15
sends a small vine with a hitgrab
on hit, the opponent gets sent back to Amingo to continue the super
can hit instantly if done at close range
This "capture" helper cannot be destroyed, but can be blocked.
Sun's Blessing (Vine: Shokubutsu no Okite)

Cactus Bounce
The Bonus Fruits pop off the vine in a random direction - you must catch them before they land in order to gain their benefit. They cannot be used by your opponent.

Cactus Drill
The Bonus Fruits pop off the vine in a random direction - you must catch them before they land in order to gain their benefit. They cannot be used by your opponent.

On the plus side, your moves do excellent damage: 2

is the most damaging normal in the game. On the downside, Amingo sucks. As such, you'll need to work for your damage.

into cactus babies and put a little pressue on, but you generally won't have that opportunity against anybody good. Tiger kneed cactus dash should be fairly bread and butter for you. If you can get them in the air in the corner (such as off of his fierce throw or on a new character coming in), you can try for a vine super crossup—or simply do it if they hit a button.

If your opponent starts distance beam warfare against Amingo, you're going to lose and probably want to pick someone else now.