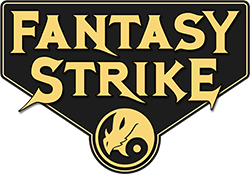 can be assigned to the "up" button, or any other button. By default, it is set to a right-hand button.

** Throw can be triggered either by pressing the designated

button or by pressing

*** Super can be triggered either by pressing the designated

button or by pressing

Health is displayed in discrete chunks, making it easy to see exactly how much heath both players have and how much damage moves do. Most characters have 6 hit points, though some have as few as 5 or as many as 8 hit points. Most moves do 1 damage. When a player takes damage, their lifebar displays red for the chunks of life lost. This has no gameplay effect, but it helps show how much damage was done. There is no stun or dizzy state. Also, there is no damage scaling during combos like in most fighting games, so if a move does 1 damage by itself, it will also do 1 damage when used in a combo.

) do not cause block damage. All special and super attacks (

to walk forward or backward. Each character has a different walk speed. There is no crouching in the game. There are no dashes or runs either.

. Players may map this to "up" if they prefer, but the default controls use a designated jump button in order to simplify the left hand's actions to only pressing

. Also, it’s often good to immediately follow up a jump with an attack in Fantasy Strike. This is a bit easier to do when the jump button and the other button both use the right hand, rather than coordinating it with the up from the left hand.

There are three kinds of jump: back / neutral / forward. Hold away from the opponent when pressing jump to back jump (

) or hold towards the opponent when pressing jump to forward jump (

). By not holding either direction when pressing jump, players will jump straight up. After a jump starts, holding a direction will not change the jump's trajectory. Holding

longer will not affect the trajectory either.

, a character does not instantly leave the ground. All characters have 3 frames of pre-jump before they actually become airborne. These pre-jump frames are throwable (by normal throws, but not by special/super throws).

Players cannot block in the air, so jumping makes them especially vulnerable. That said, airborne characters gain access to new moves on all buttons in the air so sometimes players want to jump to access those moves.

To block an attack, hold

(This is not left, but away from the opponent). This usually makes the character walk backward, but if there is an attack on the screen that they can block, then they will block instead. While blocking does protect from attacks, it does not protect from throws.

If a player presses a button when their character is idle, they will do a move. But there are other times when pressing a button will NOT do a move because the character is already in the middle of something else. For example, they might be knocked down, or reeling from getting hit, or already doing a move. In these cases, even though a player cannot do another move at that exact moment, they often want to do a move at the first possible moment.

Most fighting games have no input buffer to help with this. Usually if a punch finishes and a player wants to do another punch at the first possible moment, they would need 1/60th of a second precise timing to do that. In contrast, Fantasy Strike provides an unusually large 8-frame input buffer. Whenever a player presses a button, if that move is able to come out within the next 8-frames (8/60ths of a second), it will.

This enormous frame buffer makes reversals easy and combos easy, too. There are no 1-frame links in Fantasy Strike.

Normal attacks are those done with

. Each character has three normal attacks on the ground, done by holding

once your normal attack hits or is blocked to cancel, if it’s special-cancellable.

Most characters only have one normal attack while jumping, though some characters such as Rook and DeGrey have a second one when they jump straight up and attack.

Special moves are done with the