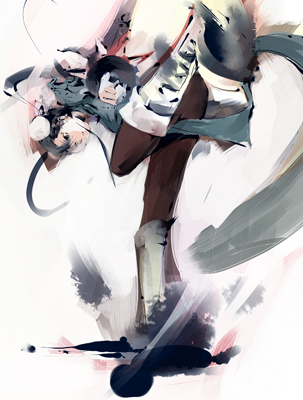 Triangle Jump (Near the wall, uf) -

df + LK - Is awful and you should never use it.

df + HK - Chun flips forward to about sweep range and kicks behind her. Usually used as a crossup.

j.HP, HP - Chun's aerial target combo. Allows her to juggle with headstomps, ex legs, ex bird & ultra. The animation is a bit different when used during a neutral (straight up) jump.

This is Chun's ground target combo. It doesn't have many uses, and damage scales pretty badly since each of the 3 hits counts as a seperate part of the combo. It allows Chun to juggle into her ultra, ex bird or ex legs, with very reduced damage. All hits are varying degrees of unsafe on block. There's pretty much no reason to use this unless you're trying to hurt someone's feelings.

Hazanshuu (hcb + K) - Overhead. Only combos on counter hit or after focus. Chun can combo afterwards on hit if she's close enough. EX version knocks down

Senretsukyaku (Charge b, f, b, f + K) - Comes out in 2 frames, making it one of the fastest moves in the game. Punishes moves that would otherwise be safe

Housenka (Charge b, f, b, f + KKK) - Punishes fireballs & other moves from about 3/4 screen. Several moves (listed above) can setup an ultra juggle in the corner.

Chun li is a character with balanced offensive & defensive abilities revolving around her great set of normal attacks. Each of Chun's normals has a use (except maybe df+lk) so you'll be using them all to poke, punish & power your way to victory. Another important aspect of playing Chun is managing your super combo meter properly. Chun's damage commonly comes from ex moves, and provides her strongest reversal option. Managing your meter means not using ex bird against every jump in, and learnin how to gain meter effectively through pokes & block strings. Chun doesn't have a shoryuken, meaning that you'll have to keep up a strong defense and learn to escape pressure in other ways.

Though not necessarily Chun specific, there are several common techniques that are important as well. Of course any aspiring Chun player needs to learn how to buffer charge moves properly. A quick explanation[1] In addition, for Chun li's harder combos involving lightning legs, you'll need to learn how to piano inputs or alternatively, slide inputs. Both of these are really only possible on an arcade stick.

I'm not going to try listing every combo Chun has, just the important ones you should know. Ultra setups will be in their own section.

The most basic BnB, 2 or 3 crouching shorts into Ex legs, for decent damage & a knockdown

A basic meter less punish. Fierce can be linked after both crouch & stand jab.

Another meter less punish, obviously you need to be sitting on a charge. MK bird setups up a close range mixup situation that you can utilize for more damage.

If you manage to knock someone out of the air with

A strong punish for 1 bar. It's pretty much necessary to use the piano method to input the Ex Legs.

Other versions of hazanshu work but this one is most likely to leave you in range to combo afterwards.

This is another one you'll need to piano for, this is Chun's best meterless combo, and probably her best combo overall (practical combo at least)

Note that Chun's ultra can only juggle in the corner, and the launching hit will almost always miss on some characters. The timing & distance of the ultra can change how it hits & slightly affect the damage. These setups are corner only unless otherwise noted. Also keep in mind how far Chun actually travels for her ultra, you can actually hit ultra from pretty far away.

Obviously, stuff that only works on counterhit. Of course there's a lot of stuff that could go in this category, but I'll try & just list the important stuff.

Stand roundhouse can be used for frame traps, and if you happen to land the counter hit, the hazanshu will combo. Alternatively, it's not a bad block string even if there's no counter hit, as there's a chance for the hazanshu overhead to hit or counter hit as well.

Again, s.MP is commonly used in block strings & can lead to counter hits, after which kikoken or hazanshu can land.

Kind of a weird one. If you manage to land a deep counter hit while using c.mp as anti air, you can hit this combo. Kind of rough to actually pull on reaction though.

This is pretty much.. everything else. Not necessary practical, but they work.

If you want full & up to date Strategy & Matchup info, then you owe it to yourself to visit the thread on the SRK forums [2] Everything I'll be posting here will be more or less the bare minimum of info.

I'll start with an overview of some of Chun's normals.

Chun also has one of the best backdashes in the game.

Headstomp is an interesting move, and creates a couple of gimmicky setups for possible damage. Unlike other aerial moves, headstomp allows Chun to preform another aerial move after a headstomp. Hitting uf to jump then immediately d.MK is an instant overhead. On a grounded opponent Chun will bounce off for another headstomp, potential cross up, or some other things. The instant headstomp isn't overwhelmingly effective, but it's certainly something that can be utilized in a couple different situations. Jump HK is another instant overhead, and is usually safe is Chun jumps backwards with HK @ point blank.

The 1 frame discrepancy you see between Startup+Active+Recovery and Total is because when it says a move has 4 frames startup, it really has 3 frames startup and hits on frame 4. It was written this way so you don't have to do any math to figure out what frame a move first hits on.