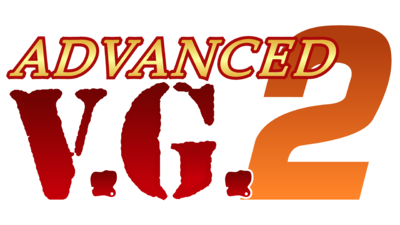 Advanced V.G. 2 (short for "Variable Geo") is an all-women's fighting game developed by TGL and released on the PSX in 1998. It is the sequel to Advanced V.G., released on PC-Engine in 1994 (later ported to PSX an Sega Saturn), which was itself a reboot of 1993's Variable Geo for the PC-98.

Despite the anime aesthetic (attributed to legendary character designer Takahiro Kimura), AVG2 is a very traditional 2D fighting game experience, sharing a closer resemblance to SNK's output of the time than anything else -- think less Guilty Gear, and more Real Bout Fatal Fury. With a heavy emphasis on fast paced, dynamic footsies, plenty of creative aerial play, tons of high-powered meter options, and plenty of good old-fashioned jank, AVG2 is a game that's easy to pick up and still enjoys plenty of competition to this day.