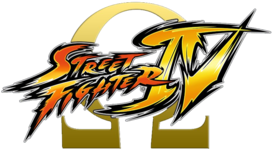 Omega Mode was added to the game in the USF4 Version 1.04 patch of December 2014 as part of the Edition Select feature. Characters received drastic gameplay changes in addition to sweeping system changes that set it firmly apart from the base game. On its initial launch, several bugs plagued Omega mode causing it to be rarely played (most notably the Gen infinite). These bugs were eventually patched out, but due to its initial reputation few people returned to explore the game mode in-depth. In mid 2018, Bafael started working on Omega SF4 guides and videos, helping to revitalize interest in the game and encouraging people to contribute their discoveries in a collaborative document.

Many of the changes seen in Omega mode appear to have been made to test concepts for Street Fighter V. For example, Ryu has a parry, T. Hawk's moveset resembles Necalli, and Seth has many similar attributes to Urien. This also applies to system changes like easier links, faster dashes, and removal of hard knockdowns.

The character pages and frame data are a work in progress; the frame data sheet (including all moves, inputs, and character properties) can be found here.